The Dow Jones today will look to extend its nine-week winning streak when the bell opens on Monday.

Over the weekend, U.S. President Donald Trump decided to extend a key deadline on tariffs. That news has Dow Futures up 159 points before the bell Monday. The uptick comes after Chinese stocks saw their best one-day performance in three years.

But don't get too comfortable. We'll break down President Trump's announcement below. 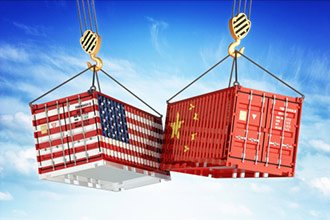