The Dow Jones today is trending down after a major earnings miss and a surprise downgrade to index stalwarts.

We'll break down these developments below, plus a tech company whose shares plunged 5% amid a scandal. 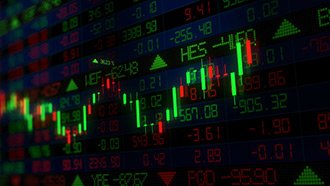 Thanks to his uncanny ability to beat the stock market's top traders, this man was paid $20 million to divulge almost all his secrets.

He kept his most powerful secret quiet - but he's sharing it today, live on camera.