The Dow Jones today is weighed down after U.S. President Donald Trump and North Korean leader Kim Jong Un failed to reach an agreement on the latter's nuclear weapons program. But the failed summit in Hanoi, Vietnam, could spell success for some investors... 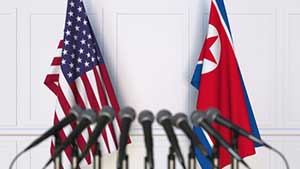