There’s no doubt you’re familiar with the driverless vehicle revolution. But what you might not know is that one surprising company has taken a commanding lead in this space. 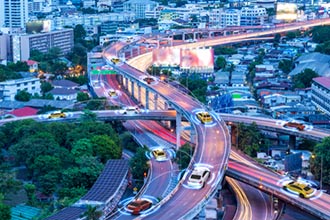 While companies like Tesla Inc. (NASDAQ: TSLA) and Alphabet Inc. (NASDAQ: GOOGL) get most of the headlines, today’s company is the one you actually want to invest in.

Now, this isn’t some flash in the pan company. It’s actually been in business for over 180 years.

Its long tradition as one of the most trusted names in its field hasn’t stopped it from embracing new technology, though. And it’s not just tinkering with driverless technology for applications in the future.

Autonomous vehicles are generating a significant portion of this firm’s revenue today.

In fact, these vehicles might be more revolutionary than those Elon Musk is trying to build. That’s because the industries using them have such a profound impact on our economy as a whole – more so than the cars people drive to work and back.

Breaking: Tom Gentile just recorded all of his most lucrative trading income secrets for you in America’s No. 1 Pattern Trader Cash Course. It’s packed with his most lucrative secrets to potentially start collecting anywhere from $1,190, $1,313, and even $2,830 in consistent income – each and every week. And today, it can be yours for only $1…

And while driverless technology has already given this stock a good run of success – it gained 52% in 2017 – our Money Morning Stock VQScore™ system just gave it a top score. That shows that there are still more gains to come from this tech leader.