The biggest advantage of owning a dividend stock is that it produces income even if the share price is stagnant. 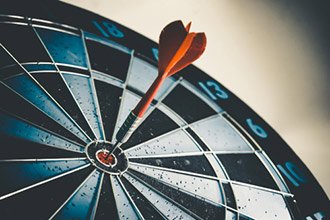 But when a major catalyst kicks in and sends the share price skyward, that’s even better.

That’s the case with our pick today, which had been struggling to gain momentum after its sales figures started to fall in 2013.

Then its share price plunged after the CEO announced a new strategy that involved $7 billion worth of investments to transform the company.

Now the investors who abandoned ship are starting to look short-sighted, as the company’s latest earnings reports show the strategy is paying off.

In fact, in one key segment, the company has put up 25% annual growth for five straight years now.

Breaking: Tom Gentile just recorded all of his most lucrative trading income secrets for you in America’s No. 1 Pattern Trader Cash Course. It’s packed with his most lucrative secrets to potentially start collecting anywhere from $1,190, $1,313, and even $2,830 in consistent income – each and every week. And today, it can be yours for only $1…

Better yet, this stock has just been given a top score by our Money Morning Stock VQScore™ system.

With the new strategy just starting to take effect, there’s plenty more growth on the way.

But now that the market is clueing in, there’s not much time left to grab this dividend stock while it’s still a bargain…

This Company Is About to Have Its Second Meteoric Rise