The Dow Jones today will go on a tear with the United States and China closing in on a trade deal. The deal will end more than a year of uncertainty for the global markets.

This Wednesday morning, the countries enter the final stages of their talks. More on the DJIA impact below.

Plus, other factors moving the Dow today: Is there a future for GameStop Corp. (NYSE: GME)? 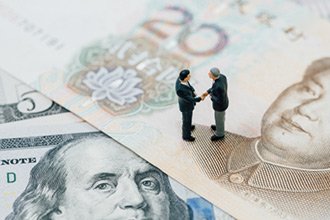