The biggest sticking point to implementing the sort of large-scale social programs championed by American progressives has always been finding the billions, or in some cases trillions, of dollars to pay for it. 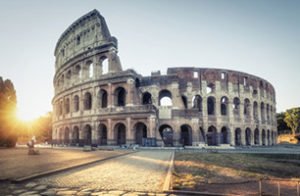 The left wing of the Democratic Party has seized upon a convenient solution to this age-old conundrum: Modern Monetary Theory, or MMT for short.

In particular, MMT has drawn the interest of Democrats backing the ambitious Green New Deal.

Rep. Alexandria Ocasio-Cortez (D-NY), a leading proponent of the Green New Deal, told Business Insider in January that ideas like MMT need to be "a larger part of our conversation."

The Green New Deal encompasses a variety of progressive policy proposals, including universal healthcare, a job for anyone who wants one, free college, and a conversion to all renewable energy within 10 years (which includes retrofitting every building in America to be carbon-neutral).

But such programs carry a very steep price tag...

Only MMT Can Pay for the Green New Deal

The American Action Forum has estimated the Green New Deal would cost between $51.1 trillion and $93 trillion if implemented over the next 10 years. Averaging the AAF's numbers puts the best-guess estimate at about $72 trillion.

That's $7.2 trillion of fresh government spending per year - a 156% increase over the current federal budget of $4.6 trillion.

Such a cost would seem out of reach, and yet MMT says we can do it...

How? Simple. The government can just create as much money as it needs to pay for whatever it wants.

And it's technically true. The United States, as can any sovereign nation with a central bank (in our case, the Federal Reserve) can indeed create as many dollars as it wants.

The new twist that MMT brings is the claim that a sovereign government can print virtually limitless amounts of money without consequences.

Needless to say, both history and most economists disagree...

"Modern Monetary Theory Is a Joke"

"The suddenly simple answer to funding the Green New Deal, Medicare-for-all, free college, and two Teslas in every garage making the rounds as Modern Monetary Theory is a joke," said Money Morning Capital Wave Strategist Shah Gilani. "Spending trillions of dollars and printing it to pay for programs is both dangerous and stupid."

Even many liberal-minded economists think MMT is nutty.

Larry Summers, who served as President Bill Clinton's Treasury secretary as well as an adviser to President Barack Obama, used the word "fallacious" to describe MMT in a March 4 Washington Post op-ed piece.

"A valid idea - that traditional fiscal-policy taboos need to be rethought in an era of low real interest rates - has been stretched by fringe economists into ludicrous claims that massive spending on job guarantees can be financed by central banks without any burden on the economy," Summers wrote.

Even noted Keynesian Paul Krugman has denounced MMT. He's gotten into a public debate with the person who many consider the leading expert on MMT theory, Stony Brook University economist Stephanie Kelton.

"It becomes clear that any attempt to extract too much from seigniorage [central bank money printing] - more than a few percent of GDP, probably - leads to an infinite upward spiral in inflation," Krugman wrote in his New York Times column.

And yet the idea of MMT continues to thrive in the progressive wing of the Democratic Party. Of course, with Republicans controlling the White House and Senate, MMT has no chance of getting implemented anytime soon.

But if Democrats can gain control of both chambers of Congress as well as the White House in 2020 - and with the party captivated by brash young socialists like Ocasio-Cortez - MMT could flip quickly from a fringe idea to a "bold" new economic policy.

And while AOC can't run for president in 2020, several of the Democrats who are running are far enough to the left to at least be sympathetic to MMT. That list includes such candidates as Sen. Bernie Sanders (I-VT), Sen. Elizabeth Warren (D-MA), and New York entrepreneur Andrew Yang.

MMT proponent Kelton, who served as an adviser to Sanders' 2016 campaign, revealed to CNBC in March that she is working with at least one of the 2020 Democratic presidential candidates (she stayed mum on who).

It's not hard to see why MMT would appeal to progressive politicians, since it promises to fund at least part of their otherwise prohibitively expensive proposals.

But if they actually try it, the good times will be short-lived...

What’s up with the rash of idiot authors confusing MMT with policy decisions? This is like saying we should avoid gravity because people jump off bridges.

Your statement that "The new twist that MMT brings is the claim that a sovereign government can print virtually limitless amounts of money without consequences" is YOUR twist repeated by other critics who do not even have a superficial understanding of MMT. Any basic reading about MMT from proponents will show that it requires a "balanced approach" to both supply and demand sides of the economic system. Without that MMT freely acknowledgeds that inflation can be a consequence, as it can be from any reckless onesided economic policy. Increased government expenditure must be balanced with increased supply of goods and services (ie higher entrepreunership and employment etc), else inflation could result. Other considerations to keep balance in the system are necessary and common sense.
Read MMT for yourself
It is actually more of a description of how the current monetary system "actually" works and what needs to change to move beyond the last 50 yrs of the slow decline of a once freer, fairer and more democratic private-public capitalistic system.

Unfortunately MMT has become the next political litmus test. Only the most deranged conservatives adhere to the disgraced idea that climate change is fake while the smarter ones have moved the goal post to “not human caused.” I guess this left a void of science denial that MMT appears to be filling. Just as climate change will continue to happen with or without your belief, so will MMT continue to describe how macroeconomics function in the real world whether you believe it or not.

There are countless articles being written trying to tie MMT to specific policy decisions. Try not to be fooled. MMT is caught up in politics because the reality of how money works helps progressives push their policy agenda, while adhering to a flat Earth…Opps, I mean Keynesian economics helps conservatives justify their policy agenda.

With all of that in mind, here is an article which shows that those concerned only with making money off of economic predictions (not politics) are finding significant value in using MMT to make forecasts and profiting while the herd of Keynesian cultists argue over how to adjust their failing model. This reminds me of Ptolemy’s model of the universe (with the Earth at the center). In order to make his model agree with observation, he had to model planetary orbits as corkscrews (and even then, the math did not work out right). Of course, once Copernicus suggested a heliocentric model, most of the math was solved and everyone lived happily with the new model (after a century of disbelief and persecution by conservatives of course).

The "American action forum" article you base your economic analysis is so flawed it would be funny if it weren't such blatant disinformation. Typically cost analysis involves a look at savings as well as defining clear parameters. They have done neither.
You effectively wrote a hit piece and used another hit piece to back it up. That's almost as ridiculous as the folks who insisted they couldn't analyze the cost of a GND and instead analyzed a hypothetical carbon tax.

For example, they estimate the cost of Medicare for all at 36 trillion yet it's obvious to anyone who knows anything about macroeconomics that m4all would be considerably DEFLATIONARY. It would cost less than the current system and would clearly free up even more additional "policy space".