The Dow Jones today is off to a hot start after the March jobs report showed the economy is in excellent shape.

According to the Department of Labor, the U.S. economy added 196,000 jobs last month. That figure topped economists' expectations of 175,000 positions.

But stocks aren't the only winners. Below we'll break down how rising oil prices are creating a new opportunity for investors. 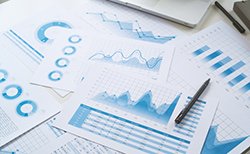