Boeing stock took a serious hit in the first 20 days after one of its 737 Max 8 jets crashed in Ethiopia. But this could make the case to invest in Boeing Co. (NYSE: BA) even stronger. 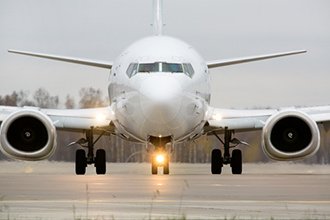 But Wall Street speculation hangs on a news cycle that's always in flux.

With investing, it's important not to let bad news color your perceptions of a company.

Plane crashes are terrible, but headlines are short-lived. Ultimately, stocks move on financial fundamentals, which operate independent of headline news much of the time.

BA's financials are great. It's a leader in the airline and defense industry, and we see the current Boeing stock price as a great buying opportunity right now.

Why Boeing Will Pull Through

Boeing has experienced robust global demand and strong production figures for years. The stock saw an 89% rise after a record production increase in 2017.

Not surprisingly, though, the Boeing stock price today has yet to reach its six-month low of $322.50. It stands at $364.94, and there's question of whether the price will even stumble any further.

Boeing has apologized and owned the tragedy, reportedly patching the bug in the sensor responsible for both crashes.

And Wall Street is also reacting as it typically should: For Wall Street, bad news means a sell-off.

Take United Continental Holdings Inc. (NASDAQ: UAL), which most people know as United Airlines. In the past two years, UAL has seen scandal after scandal, from yanking passengers out of their seats to forcing puppies into their overhead compartments.

Despite these events, the UAL stock reached its highest point in five years by November 2018.

UAL's profits continued to be not only strong but consistent. They have risen almost 40% since losses were booked in 2017.

The lesson here is that investors shouldn't flee from short-term bad news. Even fatal news.

Now that you know Boeing will recover from this controversy, here's how high the stock price can go...

Boeing Stock Expected to Be Strong on Profits