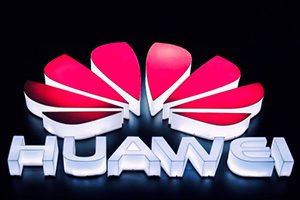 While Huawei remains a private company, today's news is a massive buy signal for the top 5G tech stocks.

Huawei is one of the biggest international manufacturers of telecommunications equipment. It's established itself as a key 5G technology supplier for networks worldwide. And with 5G coming in 2019, this aggressive rollout could mean triple-digit profits for retail investors looking to invest in 5G tech stocks.

While the company is private, it publishes a highly detailed financial report every year. This morning, the company published its very first quarterly update.

The firm reportedly shipped 59 million smartphones in the first quarter of 2019. But Huawei also manufactures tablets and other devices. In mid-2019, the company will be launching a $2,600 foldable smartphone called the Mate X in competition with Samsung Electronics Co.'s (OTCMKTS: SSNLF) Galaxy Fold.

However, the smartphone will not be available to American consumers after recent accusations from U.S. intelligence agencies. The CIA claims Huawei is receiving money from the People's Liberation Army (Chinese Military), China's National Security Commission, and the state intelligence network.

Despite the company's rocky relationship with the United States, it now has over 40 contracts to provide 5G equipment worldwide.

Those contracts, plus its $26 billion in revenue for Q1, show the massive potential of the top 5G stocks.

5G will define the future of mobile networks. And the coming 5G wave will mint a new era of millionaires.

The term "5G" stands for the fifth generation of wireless technology.

It's a critical technology for up-and-coming industries like autonomous vehicles and even real-time health monitoring.

The sheer amount of potential 5G networks will have could add $1 billion in growth for individual service carriers for the next 10 years.

Back in 2018, T-Mobile built out 5G in 30 U.S. cities, while Verizon set up 5G services in Sacramento, Los Angeles, Houston, and Indianapolis. Even AT&T will bring 5G to 19 different cities across the United States by the end of 2019.

So, as one of the world's biggest telecommunications giants gears up for 5G, retail investors stand to see a double- or triple-digit surge in profits for 5G tech stocks.

Find out our exclusive top 5G tech stocks to buy below...

The winners probably won't be measured in the millions...

Maybe not even in the billions...