Airbnb is a home-sharing company that operates in over 191 countries. It boasts 4 million unique rental listings. And recently, Airbnb stays in Birmingham, England, and Mexico City all soared 70% to 79% higher - all while Beijing skyrocketed a whopping 90% in 2018. 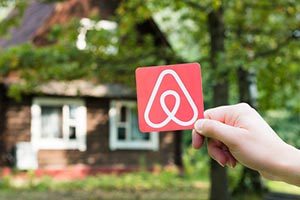 But Airbnb isn't perfect, and there are certainly challenges ahead for the company...

Airbnb is definitely successful, but there are a few key concerns the company needs to address...

For example, cities like New York, San Francisco, Los Angeles, and Las Vegas have already begun to heavily regulate home-sharing - even limiting the number of days that Airbnb hosts can rent out rooms.

So institutional investors typically stand to make profits or at least lose very little with IPOs. They could purchase shares at $20, but by the time it's available to the public, it could be $30. If you were to buy it at $30, the share could easily drop down to $25 - putting you at a pretty significant loss, while the hedge funds still profit.

In the meantime, Money Morning Defense and Tech Specialist Michael A. Robinson has four investments that could see double- or even triple-digit profits within the year. These investments could be your backdoor play on popular IPOs. And one is expected to see shares skyrocket 65% in a rapidly growing $80 billion industry...