The Dow Jones today got a negative start after the highest weekly jobless report in 19 months.

Jobless claims came in at 230,000, well above the expected estimate of 200,000, raising new concerns about the health of the U.S. economy.

Read on for more Dow impacts - and one company that just hit a $1 trillion market capitalization. 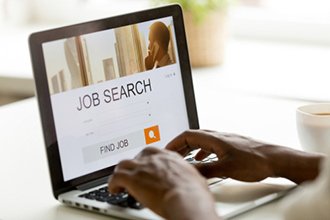