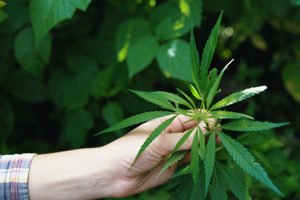 Are you still skeptical about the booming marijuana industry?

The whole thing may be hard to believe, but there is serious money to be made on marijuana stocks.

We've been all-in on the growth of marijuana stocks for years. One of our favorite long-term plays has been Canopy Growth Corp. (NYSE: CGC).

This one stock alone has tripled in value since the fall of 2017. And that's only the beginning.

Now Canopy is a household name among marijuana investors, as it's one of the most prominent companies in the industry. The micro-cap marijuana stock we'll show you today is completely under the radar.

Don't let risk scare you. It's really more about basic economics and the evolution of any industry.

Take the beer industry and the explosive growth of craft beer in particular.

When the craft craze began in earnest in 2013, there were 2,898 breweries in the United States.

Flash forward to today. There are now more than 7,000 breweries in operation in the U.S.

Craft Beer Alliance trades for more than $14 per share.

That's more than double the price when the boom started.

The gains for micro-cap stocks can be even larger.

The similarities between marijuana and craft beer are clear.

While Canopy Growth is the industry leader in marijuana today, just like Anheuser-Busch is the dominant brewer, there will be plenty of winners taking advantage of the explosion in marijuana sales.

In cannabis, the industry is moving from the startup Wild West phase to a new phase of consolidation.

When looking for a marijuana stock to own today, especially one in the micro-cap space, we need to identify those being aggressive with large acquisitions.

Those not growing via mergers will simply fade away, and capital will be lost.

The winners though could see their stocks appreciate three or four times from current levels.

That's why I am so bullish on this micro-cap marijuana stock that could skyrocket...

Cannabis One Holdings comes up with a symbol of CAAOF on my Etrade chart.
CBIS shows as Cannabis Science, Inc

OTC: CBIS trades in the United States and is a different company (Cannabis Science Inc., as you note in your comment). The CBIS discussed in the story, Cannabis One Holdings, trades on the Canadian Stock Exchange (CSE: CBIS).

Hope this clarifies things. Thanks for your comment and thanks for reading Money Morning!