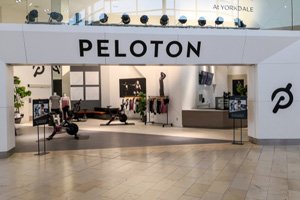 It may not be well known, but the exercise company Peloton could be one of the biggest IPOs of 2019.

Whether you've seen Peloton's commercials or are just now hearing about the company, we'll show you everything you need to know about buying Peloton stock.

We'll also tell you if Peloton is a good stock to own.

But before we get to all of that, let's check out what exactly Peloton is - and why investors are so excited to buy Peloton stock after the IPO.

Even if you aren't familiar with the company's name, it's likely you've already seen advertisements and commercials for the company's stationary exercise bicycles. The company's pricing model isn't cheap, to say the least.

And if you were to compare that to Amazon exercise bike offerings going as low as $145, you may be wondering how Peloton is even making money.

But what makes Peloton different than the rest is that its bikes offer 24/7 live-streamed television and workout regimens for $39 a month. There are over 10,000 classes on demand, and the company says it's like if Netflix Inc. (NASDAQ: NFLX) combined with an exercise bike.

At first, it's a little odd to compare the company to Netflix Inc. But the company's orders speak for themselves.

It hasn't released any financial information, but the level of credit card activity shows the company's subscriber base has more than doubled in the last year alone - with 10,000 concurrent cyclists per month.

Some data even suggests that Peloton has overtaken its main competitor, Soulcycle, in terms of subscriber count. But for Soulcycle, you have to physically be in one the company's studios to be a part of the experience. This makes Peloton significantly more convenient than the competition. Vox says Peloton has 4% more customers than Soulcycle. This would put Souldcycle at around 9,600 compared to Peloton's 10,000.

Peloton has already raised $994.7 million from venture capitalists alone. This put its 2018 value at roughly $4.15 billion, according to Crunchbase.

But now that Peloton's IPO is inching ever closer, Goldman Sachs Group Inc. (NYSE: GS) and JPMorgan Chase & Co. (NYSE: JPM) are saying its valuation is over $8 billion.

When Can You Buy Peloton Stock at the IPO?

Peloton's IPO is expected sometimes this year, but no definitive date was given on when you can buy Peloton stock.

That means we also don't know what the stock ticker for Peloton will be yet, but we can speculate a little. Both the tickers "PTON" and "PELO" are available. But the company could also pick "BIKE," as it is available as well.

And while speculating can be enjoyable, what investors really want to know is whether Peloton stock is a buy after the IPO.

Should I Buy Peloton Stock After the IPO?