You already know that aging demographics are driving up demand for healthcare services globally. And that trend isn't going to reverse anytime soon. 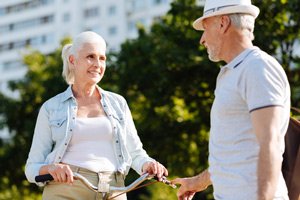 That growth in the elderly population is a big reason why one out of every seven jobs created in the United States is in the healthcare sector.

But while it might seem grim to think of record numbers of people in hospitals or hooked up to medical equipment, our small-cap stock pick today specializes in solutions to keep people out of hospitals and as mobile as they want to be.

That's why the technology this company developed has more than doubled its market penetration since 2012.

This is a company that's growing sales by a 44% compound annual growth rate (CAGR), and its 2019 operating profits are projected to be 185% higher than they were four years ago.

But in spite of its success and long-term growth prospects, a recent earnings miss and lowered guidance triggered a massive overreaction. The stock price is now an extraordinary 75% below its 52-week high.

That's an opportunity for us to pick up the value Wall Street left on the table.

To confirm that this stock is ready to bounce back in a big way, it just got a top score from our Money Morning Stock VQScore™ system.

That shows us this is one of the best deals available on the market today.

This Company Began with One Customer in Mind – Now It Serves 50,000 a Year