The Dow Jones today is pointing down after China reported its lowest economic production increase since 2003. More on this, and other DJIA impacts, below.

Plus: What's pumping up oil prices? 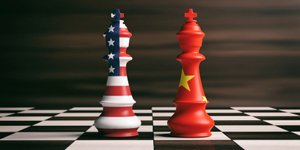