The Dow Jones today is taking another deep dive as U.S.-China trade problems accelerate. China said this morning that trade discussions would not continue until the United States confronts its own "wrong actions" in these talks. China cited no examples. 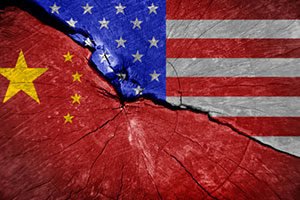