On Thursday (May 23) DoorDash's valuation surged an insane 800% higher in a little over one year. While it hasn't announced an IPO yet (and it definitely will), this company looks very promising - making this an IPO to watch as more information unfolds.

Much of the excitement around DoorDash is its success in a highly saturated market. The Financial Times says DoorDash's share of the market has doubled in just 18 months. This means it now accounts for one-third of the total food delivery market in North America - a market that is growing rapidly as we speak. 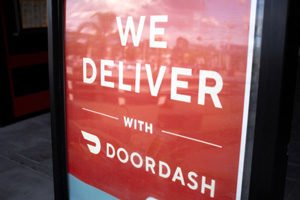 Heck, the food delivery industry has become so popular that companies like Amazon.com Inc. (NASDAQ: AMZN) also want a piece of the pie - having just invested half a billion into a UK-based food delivery company, Deliveroo.

DoorDash's latest investment round shows the industry is poised for massive growth as competition heats up. And this company stands to be one of the winners, as other companies in the industry continue to struggle.

Here's how DoorDash has become the darling of the food delivery industry - and why you need to keep your eye on it.

What Is DoorDash, and How Much Is It Worth?

DoorDash is a food delivery service application that has carved its way through a cutthroat market.

DoorDash was originally founded in 2013 by Stanford students Tony Xu, Evan Moore, Stanley Tang, and Andy Fang. The company was started through Y Combinator, which has helped create famous startups like Airbnb, Dropbox, Reddit, and Twitch.

Since then, the technology and food delivery service company has become a household name. In fact, since its launch, the company expanded from Palo Alto to over 56 markets in over 600 cities across the United States and Canada - partnering with restaurant chains all across the continent.

Much of this growth is due to its series of massive funding rounds between 2018 and now. Back in March 2018, it raised a whopping $535 million. Then in August 2018 it raised another $250 million from an investment company, DST Global.

This officially gave DoorDash its "unicorn" status with a $1.4 billion valuation - surpassing Grubhub Inc. (NYSE: GRUB) and Uber Eats (NYSE: UBER) and accounting for 27.6% of the North American market. 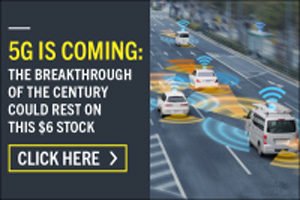 Once February of 2019 rolled around, the company raised yet another $400 million. This resulted in DoorDash's valuation climbing to roughly $7.1 billion.

However, after the latest investment round on May 23 with Sequoia Capital, SoftBank Group Corp.'s Vision Fund, Y Combinator, and Darsana Capital Partners, the company received a whopping $600 million. This sent DoorDash's valuation rocketing to $12.6 billion. That puts it $870 million higher than Domino's Pizza Inc.'s (NYSE: DPZ) market cap of $11.73 billion.

So, DoorDash is rapidly growing and expanding in an industry that Statista says is worth $94.38 billion. This is because, in comparison to competition like Uber Eats, Grubhub, and even Postmates, DoorDash's focus is on suburban areas rather than the already highly saturated urban centers.

This makes DoorDash stock an investment you will want to keep on your radar as the food delivery industry is expected to grow to $134.49 billion over the next four years - a whopping 43% from today's market value.

But we won't know if it's worth a buy until the IPO date, when we can see what sort of value we'll get for our money.

Instead, we have a tenfold opportunity for double- or even triple-digit profits. And you could get into it right now...

Yeah but Doordash is essentially juicing their market share by taking on the most expensive orders no one else will touch – these suburban orders where they're losing money on every delivery. They're hemorrhaging cash and this is why they must go back to the well, again and again. I bet they've burned through their "war chest" pumping cash into the system.

They're not worth $12 billion and this will come crashing down if they ever IPO and investors see their unit economics, CAC, and percent discounting. Every other company mentioned is a sound option to Doordash.

They got this money through theft and deception. Their pay model means that customers who leave a tip are mislead to believe their tip is given to couriers over and above an agreed-upon amount of pay. They are not.

Doordash uses tips below a guaranteed minimum payout (calculated based on a variety of factors, all of which are hidden from couriers) to subsidize the courier's pay. If a courier is promised $5, and the customer tips them $3, Doordash will pay the courier $5–$2 out of their own pocket, plus the $3 tip from the customer.

The courier is only given any amount of extra money (in other words, only given their tip) if the customer's tip exceeds the promised amount. In the above example, only if the customer gave a $6 tip, would the driver receive any money over the stated, "guaranteed" pay.

This business practice is abysmal and should not be rewarded. To future and current customers, if you want your courier to receive a tip as what a tip is intended to be–an additional amount of money over and above what an employee is entitled to – – tip in cash, and never on the app or website.