The Dow Jones today will take a nosedive after U.S. President Donald Trump threatened to hit Mexico with a 5% tariff on all goods entering the United States. One American industry is especially hurting from these developments.

Also moving the Dow: Oil prices continue to sink, and so do 10-year Treasuries. Details below. 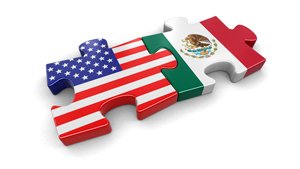 The winners probably won't be measured in the millions...

Maybe not even in the billions...