Our latest roundup of the best stocks to buy now includes five industry leaders in renewable energy, infrastructure, legal cannabis, artificial intelligence, and streaming media. These are some of the fastest-growing industries on the planet, and they’re sure to propel these picks to profitable new heights for years to come. 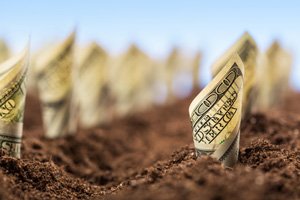 Here’s a preview of what you’ll find below:

And now our latest list of best stocks to buy now…

Best Stocks to Buy Now, No. 5: Buy This Solar Stock Before It Hits Its Next Record

Renewable energy has hit critical mass. If you’re not invested yet, now is the time.

Germany set a record on April 22, when 77% of the energy consumed in the country for the day came from renewable sources. That puts it well on its way to hit its goal to average 65% by 2030.

Most countries aren’t on Germany’s level yet, but there’s no question where the trend is headed. The International Energy Agency (IEA) estimates that 70% of the growth in global electricity agency between 2017 and 2023 will come from renewables.

And solar stocks will be the big beneficiaries of that. According to Allied Market Research, the global solar energy industry is expected to hit $422 billion by 2022. That’s almost five times what it was in 2015.

Investing in solar energy is a no-brainer. And JinkoSolar Holding Co. Ltd. (NYSE: JKS), the world’s largest solar manufacturer, is your best bet to get a piece of the industry.

Based in China, JinkoSolar is already generating nearly $4 billion in annual sales, which come from 35 different countries, including the United States, Germany, and Japan.

The company has been breaking records with its solar shipments quarter after quarter. Despite another record in 2018 – 11.4 GW of solar power shipped – growth for the year was considered a disappointment. That’s in large part because China cut its solar power incentives.

But that one-time hit has not hurt the company’s long-term prospects, and it’s revving back into high gear with what could be 15 GW shipped in 2019.

In April, JinkoSolar won the All Quality Matters Award for PV Module Energy Yield Simulation. That’s a mouthful, but simply put, it’s the most sought-after award in the industry, and it demonstrates Jinko’s leadership in this space.

This Could Be the Most Profitable Dollar You Ever Spend: Tom Gentile’s Cash Course covers all the essential trading ideas you need to know to potentially make thousands in extra income every week. Get access for $1…

If all this isn’t enough reason to buy, we should add that JKS just got a top score from our Money Morning Stock VQScore™ system, indicating that the share price is due for a rise.

At this point, it’s impossible to deny that solar is going getting increased attention over the next few years. And as Money Morning Resource Specialist Peter Krauth says, “JinkoSolar is sure to be at the forefront of investors' minds.”

Best Stocks to Buy Now, No. 4: This Pick-and-Shovel Play Gives You Four Companies for the Price of One

The pick-and-shovel play is a simple concept: While everyone else is looking to strike gold, you sell them picks and shovels that they need for the prospecting. That way, you can get rich no matter which miners come out on top.

If you can sell them picks and shovels plus overalls and camping equipment, even better.

That’s what our next best stock does, with four different businesses offering products and services that all the high-flying tech stocks are going to depend on for the next several decades.

This is an excellent publication as it is all info and no fluff, thank you!