The trade war and the cannabis revolution are working in tandem to create a unique profit opportunity for our top pot stock.

This is an investment that can earn you 50% over the next six months. But it will likely be just the beginning for a leader in an industry projected to grow 1,473% in just five years. 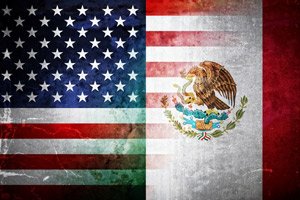 We're talking about the cannabis drink market. It was worth $89 million in 2018, and consultancy firm Zenith Global says it's going to be worth $1.4 billion by 2024.

So this beverage giant, which has been investing heavily in the cannabis industry, was already an unequivocal "Buy" before the global trade mess put it at a discount.

Have you ever gone to the store and seen the item you already planned to purchase sitting in the bargain bin with its price slashed? Feels like Christmas, right?

Here's why this stock has so much profit potential right now.

Just when the trade war with China seemed to settle down, out of the blue comes a new 5% tariff threat against Mexico.

Additionally, if tariffs went into effect, they would increase by 5% per month until reaching 25%.

Because two-thirds of its revenue happens to come from Mexican-produced beverages, our favorite cannabis beverage stock was spanked for a 5.8% loss May 31. That capped a 14.4% five-day loss and a 17.0% loss since April 29.

But you realize the stock is on sale when you consider the likelihood of these tariffs not materializing.

Of course, that is up to U.S. President Donald Trump and his negotiating counterparts in Mexico - the two sides are scheduled to discuss the matter this week.

But taking a page right from Trump's 1987 book, "Trump: The Art of the Deal," such tactics are par for the course. He wrote, "I never get too attached to one deal or one approach... I keep a lot of balls in the air, because most deals fall out, no matter how promising they seem at first."

We can take that to mean that if the tariffs do not do the job he intends - which has to do with curtailing illegal immigration, not trade, as they are with China - then he will likely not commit to this tactic.

In any event, our view on all of these tariff wars is that sooner or later they will all resolve. And when they do, stocks of promising companies that were punished by the market should come roaring back to life.

Our favorite cannabis stock is one of these.

It scores a perfect 4.75 on our proprietary Money Morning Stock VQScore™ system. That means it's poised for a breakout, based on a formula that boils all of a stock's profit potential down to one number.

If we haven't already given it away, this company just invested $4 billion in a major cannabis player.

With so many catalysts converging on pot stocks, there will be no better time than now to look into it...

The Top Pot Stock at a Discount