Sometimes market shakeups are actually good news. And in the case of one stock in particular, trade war fears have given investors a huge buying opportunity. 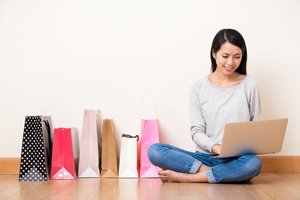 This is a company that owns a dominant share in a $1.3 trillion market, and one that eMarketer projects to grow 30% this year.

But with investors on edge over trade tensions between the United States and China, shares of this stock have plunged more than 20% since early May.

That puts this stock well below its fair value, which is why it just got a top score from our Money Morning Stock VQScore™ system.

It's not that this wasn't already a stock to buy. Money Morning Executive Editor Bill Patalon has been recommending this stock since 2016, when the share price was less than half of what it is today.

But Bill has doubled down on that recommendation since then, calling the pick a "single-stock wealth machine."

It's a stock that you can own for decades, accumulating more every time the share price dips, and watch the gains pile up.

Brace Yourself: The 5G Revolution Is Unleashing Your Next Potential TRILLION-DOLLAR Opportunity – Go Here Now

In fact, Bill calculates that each share – currently priced well under $200 – will be worth over $2 million in four decades.

And while tariffs might have some short-term impact, they aren't going to do much to slow down a company that just posted nearly 50% revenue growth in its last fiscal year.

So if you haven't jumped on board this juggernaut yet, now's your chance.