That's 545% growth. But it's not even the biggest news to come out of this market - we just witnessed a major catalyst involving two of cloud gaming's top contenders. 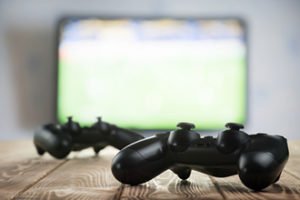 What used to be seen as the domain of kids and hobbyists is now a pastime for many adults - it's even a growing professional sport.

Brace Yourself: The 5G revolution is unleashing your next potential trillion-dollar opportunity - go here now.

You might actually think you know this company well. But what it just did could prove you wrong... and it might be the biggest thing to happen in gaming since Pong.

After recent leaked shocking information regarding EA’s patent for FIFA game it is clear how badly EA behaved against its consumers (all gamers) just to satisfy an infinite greed well beyond ethics and morality, well beyond fairness and proper customers’ management…. Leaked information should shock so much and badly all gamers to bring to a huge disaffection and hate for EA. This summer EA share price will crash for ever! This is certain.