Trade war news has been sending many stocks lower, with the S&P 500 down 2.75% in the last month. But the trade war is actually a huge catalyst for the 3D printing industry, which is set to grow 122% in the next five years.

And that's excellent news for the best small-cap stock to buy today.

On May 31, U.S. President Donald Trump said he would raise Mexico's 5% tariff rate by another five percent every month until "the illegal immigration problem is remedied."

U.S. automotive and electronics industries will be hit the hardest as this unfolds. 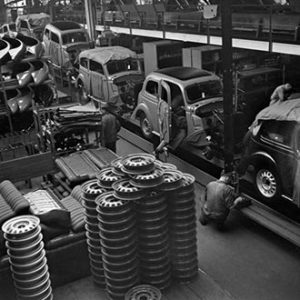 According to The New York Times, Mexico delivered $115.8 billion in autos, accessories, and parts to the United States through Mexico-based General Motors Co. (NYSE: GM) and Fiat Chrysler Automobiles N.V. (NASDAQ: FCAU) factories. They also exported $36.6 billion worth of computers, TVs, and video tech to the U.S. last year.

Federal tax incentives will cushion some of this loss. In fact, Fiat Chrysler - a stock we've recommended countless times - is reportedly investing $1 billion in a Detroit factory, attributing it to a more than 20% decrease in the corporate tax rate.

But even so, production is hard to scale between international and domestic manufacturing efforts. A study by MIT said producing an iPhone in the United States, for example, could cost $40 more than it currently does overseas.

If global trade relations continue to deteriorate, with U.S. companies leaving China and Mexico, this will represent a pricing hurdle to some American businesses. At some point, U.S. companies will need to devise a more cost-efficient manufacturing alternative to stabilize prices and meet revenue targets.

Though it sounds like a crisis, it's actually an exciting development for futurists everywhere. This will accelerate the shift to a cheaper, faster mode of production on the horizon: additive manufacturing - manipulating metals, plastics, and rubbers with no assembly line.

You might know it as 3D printing. And our top small-cap stock is the driver behind the majority of this market's triple-digit boom.

Why 3D Printing Is Relevant Now

3D printing used to be just about designing non-functioning prototypes. Available materials were limited - mostly to plastic - and the technology itself was limited to large companies for research and development purposes.

Since its inception in the late 1980s, the technology has been further democratized. We now have access to 3D printers that fit on our desks. Of course, these aren't the ones being adopted by large electronics and auto manufacturers, but it shows how far the technology has come.

Today, sizes actually range from miniature desktop units to units the size of a large car.

Wohlers Associates predicts the 3D printing market will see 122% growth in five years, from $15.8 billion in 2020 to over $35 billion by 2024. But it could see even bigger growth, thanks to the trade war.

Simply put, 3D printing is going mainstream. And the limiting of manufacturing resources should open many eyes to the opportunities and savings behind 3D printing, speeding the transformation.

Brace Yourself: The 5G Revolution Is Unleashing Your Next Potential TRILLION-DOLLAR Opportunity - Go Here Now

In 2014, BBC reported a Chinese company 3D printed 10 houses in a single day, and each house cost less than $5,000 to produce. That was also the year Georgia Institute of Technology demonstrated the ability to 3D print functional electronics in the first electronics-purposed 3D printing platform.

It's now 2019: 3D printing has created a $7,500 electric vehicle (EV's typically go for no less than $20 thousand), the LSEV, now selling in Asia and Europe. And a group of BMW engineers was even able to restore Elvis Presley's rusty 507 by 3D printing ancient parts that had all but vanished from earth.

Today, a broad range of materials, foods, and even body parts are capable of being 3D printed down to the finest detail.

And this small-cap stock is ready to soar with the 3D printing industry. In fact, this company has been ahead of the wave all along.

Its technology is used in almost every 3D printer around today. And since reducing its operating loss by 95% in five years, the company is well on its way to huge profits...

This Is Our Top 3D Printing Stock to Buy Now