Expect the Dow Jones Industrial Average to take a loss today, correcting for a six-day market rally on U.S.-Mexico trade news. But U.S. relations with China still hang in the balance...

More moving the Dow today: Tesla Inc. (NASDAQ: TSLA) saw a jump. But can it really bounce back? Details below. 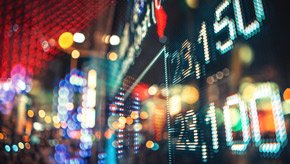