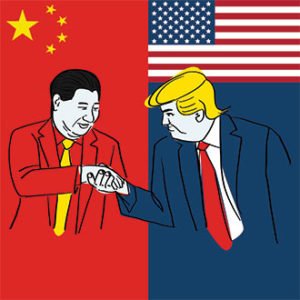 It's no surprise that the trade war between the United States and China has battered down several top Chinese stocks.

Most recently, the White House threatened its rival's economy with tariffs on an additional $300 billion in goods should Chinese President Xi Jinping not attend the G-20 conference later this month and discuss trade policy with Trump.

However, China just announced plans to increase infrastructure stimulus to spur development in the world's second-largest economy. The ongoing rounds of mixed news have spurred big buys and sell-offs over the last 30 trading sessions.

Sometimes an overreaction to bad news can push even the best stocks to buy into negative territory.

That's why we turn to the Money Morning Stock VQScore™ system to identify stocks that have been beaten down and are now about to break out and bounce back in a big way.

Today, we found the top Chinese stock to own for the long run.

Investors Are Overlooking This Chinese Stock