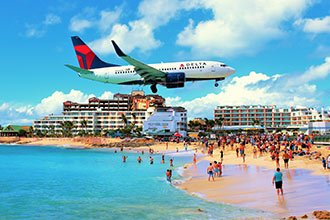 This week, the Paris Air Show kicks off. It's the premiere event for airline manufacturers, as they traditionally book orders from airline companies around the globe.

All eyes, however, will be on Boeing Co. (NYSE: BA), which hasn't been able to sell a single commercial jet in the last two months.

Shares of Boeing have fallen 20% since reaching an all-time high in March as the fallout continues from two deadly crashes involving its 737 Max aircraft.

Before the Paris Air Show began, Boeing CEO Dennis Muilenburg said that he was disappointed that his company failed to disclose more about the failed safety feature at the center of both crashes.

Unfortunately for Boeing, the Federal Aviation Administration has offered few clues about when it will approve the company's plan to fix the software and bring the 737 Max back into operation.

With that said, the Paris Air Show is an event where manufacturers typically announce sales plans.

But one American airliner is more in focus this week than any of its competitors – because the company's stock is currently sitting in our "Strong Buy Zone."

To find the best stocks to buy right now, we use the Money Morning Stock VQScore™. This proprietary system tracks the 1,500 most profitable stocks on the market and assigns them a score from 1 to 4.

The higher the score, the more likely this stock is to break out in the coming months.

15685 Reads
These 3 High-Yield REITs Pay 8%, 10%, and 12% Dividends
REITs produce gobs of cash from rent and other fees generated from properties including office buildings, storage units, multifamily units, and more.