But the Fed abandoning its rate hike plans may be a troubling sign... 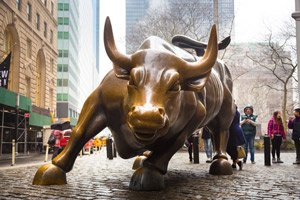