The Dow Jones today will start in the red after U.S. President Donald Trump aborted a missile strike against Iran. Traders will be keeping a close eye on tensions with Iran, plus China continues to play hardball on trade. 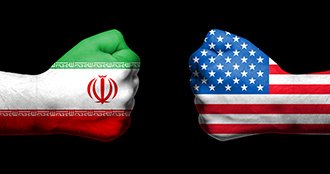 But that's just one small piece of a very complicated, tricky puzzle.

There's more – much more – in play in what Dr. Ken Moors is calling the most "shocking prediction of [his] 40-year career."