The Dow Jones today is recovering from yesterday's loss as Treasury Secretary Steven Mnuchin said a deal between the United States and China is roughly 90% complete.

Investors are optimistic that U.S. President Donald Trump and Chinese President Xi Jinping will make progress on a deal when they meet at the G-20 conference in China this week. More on what else is moving markets below. 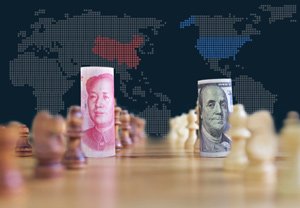 If you had invested in Blackberry after the 3G rollout, you could've made 1,947% in less than one year.

Now, 5G is coming fast. And the gains could be spectacular.

That's why our Silicon Valley insider Michael Robinson has just released the most comprehensive 5G wealth report on the planet.

We have a limited number of copies available. Learn how to get your copy here.

interesting but do not know to believe or not