For hundreds of years, a secret market has existed. But with the Angels and Entrepreneurs Summit, we're bringing this secret market to light.

This is the market where the wealthy and powerful gained privileged access to the most lucrative business deals the world has ever seen.

And in doing so, they changed the course of human history.

Around the dawn of the 20th century, J.P. Morgan invested in Thomas Edison. Edison's light bulb would soon illuminate homes, businesses, and cities from coast to coast.

A few years later, Cornelius Vanderbilt invested in two brothers - Orville and Wilbur Wright - who ignited an era of flight that would eventually usher in the age of space travel.

Without Vanderbilt's investment, the Wright Company would have never become a part of the $249 billion aviation firm Boeing. 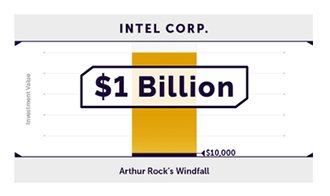 Using this secret market, Silicon Valley pioneer Arthur Rock invested $10,000 in a little-known startup. It was developing the processors that would transform personal computing.

That startup was Intel. And Rock's investment made him a billionaire.

Less than a decade later, another man who became a millionaire from Intel backed a brash founder, whose own legacy would stand the test of time.

In the decades that followed, the rich continued to use this secret market, securing stakes in the hottest startups long before they IPOed. 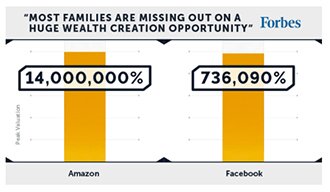 And the average American was locked out of these life-changing deals.

A powerful congressional act has now unleashed one of the biggest financial shifts in U.S. history.

Finally, everyone can capitalize on this secret market where startups go from obscurity to being worth billions of dollars in the blink of an eye, where one deal can transform a small amount of money into millions (and for some, even more).

The next Alibaba, the next Uber, the next Google is out there.

And now, two of the most successful angel investors in the world want to help you find them.

how do I get started?