The Dow Jones today could gain over 200 points after U.S. President Donald Trump and Chinese President Xi Jinping promised not to accelerate tariffs on each other.

The two leaders met on Saturday at the G-20 Conference in Osaka, Japan. Here's what happened to chip stocks shortly after...

But first, the numbers from Friday for the Dow, S&P 500, and Nasdaq: 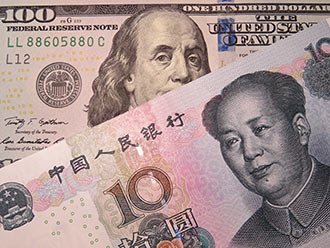