The best small-cap stocks to buy offer higher upsides than other sectors, especially the broader markets. In fact, our favorite small-cap stock comes from an industry projected to grow 122% over the next five years. 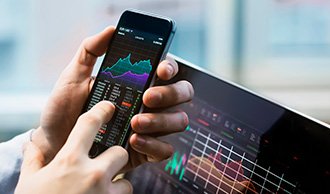 But, the trade war might actually be a potential catalyst for the 3D printing industry, the one expecting to see that 122% growth. This is also good news for the top small-cap stock to buy in July.

Investors want to ride the upward trajectory of a top small-cap stock while the market makes its biggest swings.

And here's why there's no better time to profit than now.

Why to Invest in the 3D Printing Revolution

Let's look at why the 3D printing industry might benefit.

If trade wars continue worldwide, some U.S.-based companies may exit China, which hosts a number of manufacturing facilities for U.S. companies. Reuters reported last fall that over 70% of U.S. firms operating in southern China could move their operations to another country due to the trade war.

Now, the two countries recently made a truce at the G20 meeting in Osaka, but a comprehensive agreement on trade is still uncertain. U.S. companies may need a strategy to run cost-effectively in the United States if they're going to meet revenue and profit targets.

Domestic manufacturing is more expensive than international manufacturing. Analysts at MIT, for example, think that manufacturing an iPhone in the United States could add $40 to the cost.

In short, they'll need a faster, less expensive production mode. That's where 3D printing comes in – or, as futurists call it, additive manufacturing. It uses plastics, rubber, and metal, but not an assembly line.

Most people don't realize additive manufacturing has actually been around since the 1980s. And electronics companies and auto manufacturers use 3D printers, both large and small, all the time. The biggest printers are as large as a car.

But, the trade wars could make it even bigger. As manufacturing resources are shut down in some countries overseas, companies are more likely to see the opportunities 3D printing represents – and the potential savings.

3D printing is responsible for an electric vehicle (EV) worth $7,500 – much less expensive than the usual EV price of $20,000. It's the LSEV, available in Europe and Asia. And get this: Engineers at BMW also brought Elvis Presley's 507 back to life by 3D printing parts that had long been unavailable.

It's not just cars, either. A wide range of materials and foods can be 3D printed – even parts of the body, down to minute details.

The top small-cap stock to buy today is poised to benefit from the maturation and growth of all these different aspects of the 3D printing industry.

This company eliminated 95% of its operating losses in five years, so it's likely that profits are straight ahead. Here's our pick for the best small-cap stock to buy in July.

The Best Small-Cap Stock to Buy This Month