Nobody wants to think about it, but bull markets don't last forever. It's the natural ebb and flow of investing, and as long as you are prepared, you can ride out a downturn or correction in style. Then, when it is over, you will be ready - and able - to take advantage of sale prices on great companies.

Now, we are not looking for a meltdown like we saw in 2008. The economy is in a much different place, and safeguards, especially in the financial system, are now in place. However, there are signs that it might be time to think about playing a little more defensively. 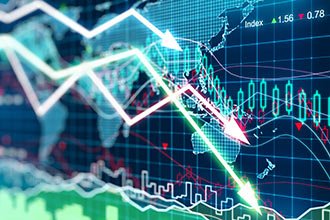 How can that be? After all, the economic numbers look pretty good. And the S&P 500 just reached an all-time high.

You see, most of the "advice" you get from the media comes from people with a vested interest in having you buying more stocks. The more you buy, the more fees and commissions they collect. That's why it is usually too late when they finally back off their permanently bullish views.

Don't get us wrong; we still think there are plenty of reasons to own stocks for the long term. Still, Money Morning Chief Investment Strategist Keith Fitz-Gerald sees a few changes occurring beneath the surface that could pose some short-term problems in the stock market.

"Strategically speaking, I think the rally could go on for another decade, which is why you want to invest accordingly," Keith said. "Tactically, though, I sense a change in direction."

Basically, that means it is time to take a few steps to cut back on your risk exposure and move some money into areas that can weather the short-term storm.

What's Changed in the Market

Keith found several specific changes that lead him to his short-term defensive views, but one in particular stands out. The performance of cyclical stocks, which are very sensitive to the health of the economy, has not kept pace with the major indexes since May.

As we know, the Wall Street looks forward and reacts to conditions it sees several months down the road. For the cyclical stocks to be this skittish, we have to believe there will be a bump in the economic road before the year is over.

This divergence between current conditions and "normal" conditions must eventually resolve itself. The good way would be for the discretionary sector, which contains stocks of companies that sell things people want, such as TVs and vacations, to get its act together and rally.

Or the market can fall back to fulfil the prophesy of the stronger staples sector.

Which will it be? Nobody knows. That's why we want to show you three ideas that will keep you in the game but keep your money safe at the same time.

Three Strategies to Prepare for a Market Correction