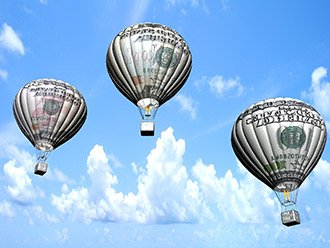 In testimony before the U.S. House Financial Services Committee, Powell said the central bank would take "appropriate" actions to sustain economic expansion and suggested a "muted" outlook for inflation in the months ahead.

You Have to See This to Believe It: Claim your stake in this 1,000x market phenomenon with just $50. Watch now...

Despite these headwinds, the banking sector looks very healthy. Also, banks provide a critical service in virtually any type of market: access to capital.

Instead, search for smaller, regional banks that have less exposure to global contagion and stronger dividends than their "too big to fail" competition.

At Money Morning, the best way we know to tap into profitable regional banking stocks that are about to take off is with our proprietary Money Morning Stock VQScore™.

This ranking system tracks 1,500 of the profitable companies in the world and assigns each a score from 1 to 4.

The higher the ranking, the more likely the stock is poised to shoot to the moon.

Here are the three best regional bank stocks to buy before earnings season.

Bank Stocks to Buy No. 3