We've kept recommending this industry - predicted to be worth $831.5 billion by 2024 according to Statista - despite the trade war because we knew it would end. Now, our top semiconductor stock is about to surge 119% higher. 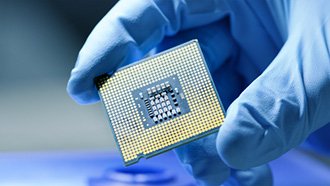 But there's one specific part of it we're even more excited about...

5G networks are what will fuel growth in the Internet of Things market - including wearables, digital assistants, self-driving cars, and medical equipment - to their projected heights of $561.04 billion by 2022. That's 229% industry growth in under three years.

The Biggest Tech Rollout in History is set to create an expected $1.4 trillion boom for the economy. Not only will you be able to kiss your cable box goodbye forever - you can also make a fortune. Learn more...

Huawei has argued that if bans are not lifted, the transition to 5G will be slowed - Huawei and U.S. tech firms rely on each other's components for their products, and 5G is no different.

Its money-doubling potential is just the beginning...