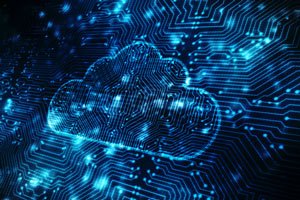 Right now, even the government is getting with the program, so to speak. Microsoft and Amazon.com Inc. (NASDAQ: AMZN), via its Amazon Web Services (AWS), are vying for a $10 billion cloud computing project for the Pentagon, dubbed the Joint Enterprise Defense Infrastructure (JEDI) project. As if a Star Wars--themed name were not good enough, some call the project the Department of Defense's "War Cloud."

Here's why could computing is such a game changer - and which company we think has the best shot of landing this $10 billion windfall next week...

The cloud is really just another term for the Internet - because a company, or an individual, can access their data and applications from anywhere, and theoretically on their handheld device.

A Shocking New Technology could be the greatest wealth creator of all time - and this just-released list of recommendations could make you more than $565,640. Click here...

But only one of them will get it...