Access Your Profit Alerts
Sign Up for Money Morning and get your free report:
"The Best Stocks to Buy Now"
How to Buy Bitcoin
Twitter
Stocks: CRON, CVS, MO, WBA
View Comments

According to the National Institute for Cannabis Investors, 2019 is turning into the best year yet for cannabidiol (CBD) companies, and today we're bringing you the three best CBD stocks to buy now. 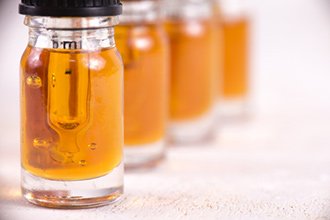 The market for CBD is already valued at $591 million since being legalized in the United States in December 2018. This figure is set to soar to $22 billion by 2022, says the Brightfield Group.

That represents a mind-blowing growth rate of 3,623% in just under three years.

This type of explosive growth is precisely why you need to invest in CBD stocks, and it's just one more reason that Money Morning continues to be bullish on the cannabis sector.

Before we get to the top CBD stocks to buy now, here is why this industry is climbing through the roof.

The No. 1 reason that CBD stocks are soaring in 2019 is that the 2018 Farm Bill was signed into law last December. This effectively legalized growing and selling industrial hemp for CBD and other purposes.

This is a big deal! CBD can be most easily produced from hemp. Since CBD was legalized through this new law, it has fast become a mainstream product across the United States.

According to Healthline, CBD oil helps relieve pain by interacting with the body's pain receptors.

This has produced a major catalyst for growth among CBD companies that are now filling retail and online stores with CBD edibles, oils, lotions, beverages, and more. In some restaurants, it's even served in the salad dressing.

This is why we're bringing you the three top CBD stocks to buy right now.

It is a cannabis company based in Toronto that was founded in 2013 and continues to be an up-and-comer in the marijuana space.

The deal between Cronos and Gingko was worth $100 million and pushed its CBD production in a different direction. In lieu of cultivation, the company produces the oil by inserting cannabinoid DNA sequences into strains of yeast and allowing them to ferment. This resulted in high-quality, pure, lab-produced CBD oil. One of the benefits of this is that it can mass-produce these products through reliable processes.

This influx of capital has provided Cronos with the ability to acquire other companies and boost its production across the board.

Canopy Growth Corp. (NYSE: CGC) is our next top CBD stock to buy.

This is another Canadian cannabis company that was founded in 2013, but this one is based in Ontario. While it is one of the world's largest cannabis firms, it's still not too late to get in on the profits from CBD mania.

If a company is innovating and staying out in front of a growth industry, it's not too late, which is the case with Canopy.

Some of this company's high-profile partners include Seth Rogen, Snoop Dogg, and even Martha Stewart.

This past April, Canopy inked a buyout deal with Acreage Holdings Inc. (OTCMKTS: ACRG), the largest cannabis operator in the United States.

The company has a $14 billion market cap, and this could explode even higher with full U.S. legalization of marijuana.

The shares of this CBD stock currently trade at $40, but it is predicted to reach as high as $78 in the next year.

This would return 95% to today's investor…

Thanks For Sharing Such type of Information!