The top cybersecurity stocks should be on your mind right now.

This industry expects four-year growth of nearly $100 billion, and one growth stock is poised to ride those tailwinds.

Unfortunately, it's because cyber threats are ramping up, and this one is literally staring you in the face. 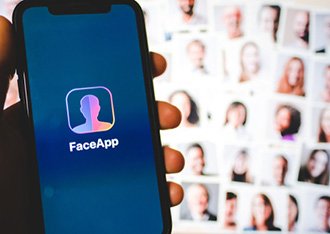 If you were on social media last week, you may have learned about an app that lets you see what you'll look like when you're older.

But you also might have learned that FaceApp wasn't all in good fun. The program, powered by Russian AI, did more than make a funny picture.

Several complaints about FaceApp's user agreement surfaced online. People said it empowered the app to upload a user's entire photo library, and other data, beyond just the picture intended for the filter.

Further, they said the privacy policy's broad language allows the app's Russian developer, Wireless Lab, to use the data however it likes, or sell it to anyone, with no legal repercussions.

Still, celebrities set off a wave of social media posts last week. They showed photos of themselves significantly "aged," followed by millions of other social media users around the world. 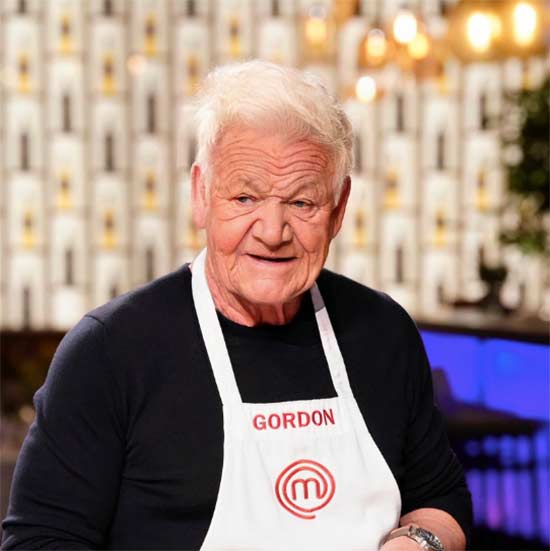 The company has responded to several of these privacy claims, dismissing them as either overstated or inaccurate. But despite FaceApp claiming it doesn't sell your data to third parties, using the app can still make your data vulnerable in a different way.

In fact, the biggest overstatement here could be that FaceApp is the sole danger.

This is bigger than FaceApp.

It's part of why one of our top cybersecurity stocks to buy has increased profits 198% over the last three years, with no signs of slowing down.

We'll show you why it's poised to grab a big chunk of that $100 billion. But first, here's why the cybersecurity industry is getting less and less funny.

In today's world, the face is a critical piece of personally identifiable information.

In other words, it has monetary value. And that's what allows companies like Facebook (NASDAQ: FB) and their affiliates to profit from it.

Facial recognition cameras can be found at airports. Facial databases are being filled by government cameras on public streets. And the same kind of data is transmitted whenever you open your iPhone using FaceID, or when you post a selfie on Snapchat.

There's a danger to having such valuable information scattered in so many different places on the cloud. Many don't realize the cloud can be a target of cybercrime.

But if you're like most people, and your photos have ever been online, your face is probably floating somewhere in cyberspace.

That means we're all relying on the cybersecurity measures of banks, retailers, tech giants and governments to protect it.

A face in the wrong hands could mean fraudulent access to your home or bank account. It could enable illegal passage through a port of entry or some other secured space.

And unlike a password, a face is much harder to "reset" when compromised.

But hackers don't even need a face or a fingerprint, per se.

According to Mike Muscatel, Senior Information Security Manager for Snyder's-Lance, all they need is the data behind it.

"We are giving away too much biometric data," Muscatel said. "[the bad guy] doesn't need your actual fingerprint, just the data that represents your fingerprint."

It's likewise with your face, voice, and any other data you send through your mobile device. There are people out there right now - cybercriminals - actively trying to steal that information.

Still, despite a general mistrust in large data handling firms, there is good news here.

The widespread notion is that companies toss your data to the highest bidder without batting an eye.

This might have been true at one point. But you'll be pleased to know that's changing.

Now, it's actually in a corporation's (though maybe not FaceApp's) best interest to handle your information with care.

Though 100 million people have given the rights to their faces over to a little-known Russian app developer, it's also put a bigger spotlight on the problems of cybersecurity.

Whether you're a marketer, a hacker, or are just trying to protect your identity, there's a growing awareness of the power - and danger - of information technology.

People are more concerned about the security of their information than ever. So it's more and more in the interest of the companies harvesting that data to keep it out of the wrong hands.

"Corporate America should get ready," said Robert Herjavec, Angel Investor and CEO of Herjavec Group. "Cybersecurity regulations will soon be coming to the United States - and that's actually a good thing."

According to Cybersecurity Ventures, damages from cybercrime will reach $6 trillion by 2021.

That's why Money Morning Defense and Tech Specialist Michael Robinson expects that by 2021, the cybersecurity industry will have seen 68% growth over just four years, from $137.8 billion to $231.9 billion.

Count that as $94.1 billion growth for the cybersecurity industry. And we know a cybersecurity stock ready to jump right with it.

This stock has grown only 21% since January. But it scores a perfect 4.45 on our proprietary Money Morning Stock VQScore™ system.

Some analysts even predict this stock will have seen 60% growth by the end of the year.

But a perfect VQScore, alongside massive industry growth, means its earnings are on pace to soar much higher...