On July 23, real estate company WeWork announced its IPO for September 2019. But investors looking to buy WeWork stock after the IPO should pass.

WeWork is one of the largest real estate companies in the world with a valuation of $47 billion. Investors eager to get a slice of this firm could turn it into the second biggest IPO this year, behind Uber Technologies Inc. (NYSE: UBER). 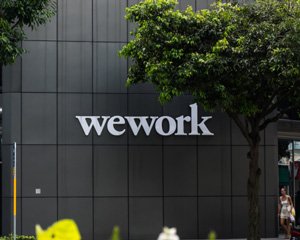 But jumping into the WeWork IPO could be a mistake.

We'll tell you everything you need to know about the firm, including why we're skeptical this stock is worth adding to your portfolio.

Plus, we have an even better play than WeWork stock that you can get into right now...

It leases out "shared workspaces" to everyone from freelancers, entrepreneurs, and startups to small businesses and large companies.

Depending on the level of membership, WeWork's prices and benefits vary. The cheapest option is $45 a month for community access and the ability to book workspaces. The regular use of shared workspaces starts at $190 per month, and the more expensive options can cost over $500 per month.

WeWork has expanded to over 562 locations around the world. On top of that, it has acquired over 466,000 members, according to The New York Times.

And this rapid expansion has attracted quite a few big-name investors.

Even Chinese companies have taken an interest. Jin Jiang International Holdings, Legend Holdings, and Hony Capital are all investors in WeWork.

These investments have pushed WeWork's valuation to $47 billion. Once WeWork's IPO goes live, it's expected to raise an additional $5 billion to $6 billion in capital.

But the massive valuation and revenue growth has investors overlooking some of WeWork's flaws.

WeWork's losses are massive. While its revenue hit $1.8 billion in 2018, it lost $1.9 billion after its expenses and costs were factored in. And in the first three months of 2019, those losses grew by another $264 million, according to The New York Times. That means it's not even close to profitability right now.

Plus, it's competing in a highly saturated market. It's up against several profitable firms with revenue ranging from $3 billion to $60 billion. Some of these companies include Simon Property Group Inc. (NYSE: SPG), Gecina SA (EPA: GFC), and Boston Properties Inc. (NYSE: BXP).

And it doesn't boost our confidence that WeWork's CEO, Adam Neumann, has cashed out over $700 million ahead of the WeWork IPO as well. That's a red flag that suggests he's not confident in the company's long-term success either.

So, with WeWork's losses, Adam Neumann cashing out, and the stiff competition it's up against, WeWork stock is an IPO that investors should likely avoid.

Of course, we still don't know what WeWork's IPO price will be. It could plunge to a level that would be worth a speculative bid. But considering the hype surrounding the company, we'll likely be passing on the stock.

In the meantime, we have an even better play on the real estate market than WeWork stock. In fact, our Money Morning Stock VQScore™ gave this play a score of 4.75. This means our proprietary stock ranking algorithm predicts the stock has breakout potential.

Plus, it offers a whopping 7% dividend yield with a 41% upside within the year for investors who buy shares today...