For hundreds of years, a little-known market has existed…

… where the wealthy and powerful gained privileged access to the most lucrative business deals the world has ever seen. 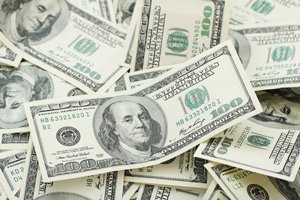 And in doing so, they changed the course of human history.

Around the dawn of the 20th century, J.P. Morgan invested in Thomas Edison. Edison's light bulb would soon illuminate homes, businesses, and cities from coast to coast.

A few years later, Cornelius Vanderbilt invested in two brothers – Orville and Wilbur Wright – who ignited an era of flight that would eventually usher in the age of space travel.

Without Vanderbilt's investment, the Wright Company would have never become a part of the $249 billion aviation firm, Boeing.

Over the years, similar stories have played out over and over.

These markets were never available to average Americans. Only the elites could access this life-changing investing strategy.

But that's no longer the case.

A powerful congressional act has now unleashed one of the biggest financial shifts in U.S. history.

Finally, everyone can capitalize on this little-known market.

… where one deal can transform a small amount of money into millions… and, for some, even more.

The next Alibaba, the next Uber, and the next Google are out there.

And now, one of the most successful angel investors in the world is going to help you find them.

During today's event, you will get details on TWO private deals you can act on today.

After you do… life will never be the same.