The Dow Jones lost more than 1,000 points since this time last month, but the market is about to bounce back in a big way. And you can cash in with the top CBD oil stocks to buy. 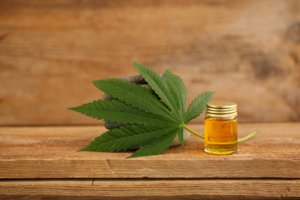 A recent decline in interest rates actually prompted Goldman Sachs Group Inc. (NYSE: GS) to place a target level of 3,100 on the S&P 500 by year-end. That would be its all-time high.

But much else is happening to raise the broad market averages. U.S. President Donald Trump extended a lift on his previous ban of American trade with China's Huawei Technologies Ltd. This sent the Dow up 294 points to start the week.

The Federal Reserve has also discussed lowering interest rates in September, which could stimulate the markets even further.

And this is all good support for top CBD oil stocks. But what's even better is that CBD stocks are highly likely to outperform the broad market averages.

In fact, the CBD industry doesn't even rely on the broad market averages to succeed, because the industry is about to explode on its own. This is expected to be a $22 billion market by 2022, according to the Brightfield Group.

CBD, or cannabidiol, is very popular for uses in a wide range of products. It's a supplement drawn from hemp to produce feelings of relaxation without the hallucinogenic effects of marijuana.

CBD products are sold as oil, food, cream, and even toothpaste.

Many providers of CBD products also have their hand in marijuana products, which is another huge catalyst for these stocks: an increasing number of U.S. states are legalizing recreational weed. Currently, 11 states and Washington, D.C., have legalized it for recreational use, while 20 others allow medical marijuana use.

This trend is expected to grow. More states are predicted to legalize recreational marijuana, which will send cannabis stocks through the roof.

In fact, our top CBD oil stock could double in price...

Cronos Group Inc. (NASDAQ: CRON) was the first weed stock to trade on an exchange in the United States.

It's making further moves very soon, with the purchase of several other subsidiaries of Redwood Holdings.

Cronos increased profits by 55% in 2018, and acquisitions like Lord Jones mean that's only pointed higher.

Take it from Altria Group Inc. (NYSE: MO), one of the world's biggest tobacco companies, which has $1.8 billion invested in Cronos.

That 66% growth is not something you want to pass up.

But this next CBD stock anticipates more than twice that growth - analysts say over 117%...

It produces and distributes medical cannabis under the brand name Broken Arrow.

But more importantly, it just delivered a stellar earnings report.

While most of the cannabis market saw revenue decline for July, Aphria increased revenue 85%.

Aphria also beat profit expectations for Q4 2019, taking in 15.8 million Canadian dollars, when the expectation was a loss of CA$13.9 million.

And after that stellar Q4 earnings report, the front office is optimistic.

In fact, CEO Irwin Simon has said the black market is his biggest competitor - meaning when recreational marijuana is further legalized, this company should soar.

Some analysts say a short-term jump of about 20% is possible, especially if the Fed cuts interest rates.