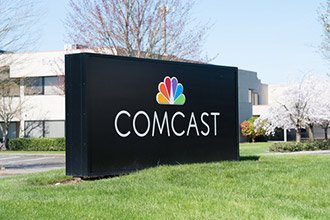 Many wondered if this was merely a political move...

Well, it was - at least for Comcast.

But regardless of any improvement (none so far), what they're doing to shareholders is something they'll regret for years to come - stay with us, it's money in your pocket.

First, here's why Comcast is nowhere near redeeming itself with customers...

So, of course, customers aren't the only ones fed up with Comcast...

Also not surprising, this stems from even more internal problems...

This is but one among many other lawsuits facing them. Here are a few more...

Here's why shareholders won't forgive them, and the one stock that's poised to skyrocket as Comcast lags behind...

Their competitors, on the other hand, are seizing this massive profit opportunity. And this 5G stock could absolutely skyrocket...