The Dow Jones Industrial Average is down Wednesday morning after the yield curve inverted the most since 2007, stoking recession fears. More on this below. 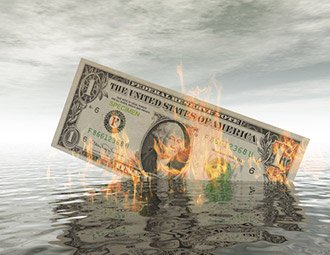