Access Your Profit Alerts
Sign Up for Money Morning and get your free report:
"The Best Stocks to Buy Now"
How to Buy Bitcoin
Twitter
Stocks: AR, ECA, SWN

With three yield curve inversions, August has been the worst month for the market in 2019. And the start of September isn't looking much better. On Sept. 3, the Dow Jones Industrial Average dropped over 1.4% (350 points).

But this volatility creates more opportunities for savvy investors. And we're bringing you the three best penny stocks to watch this week that could help you capitalize on it. 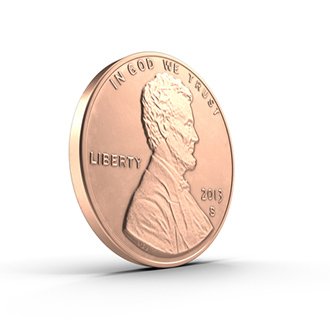 Even though stocks are down, volatility is high. That's creating opportunity for huge gains in penny stocks if you know where to look.

And we know exactly where to look.

Our three best penny stocks to watch are all energy stocks because this sector has historically surged after recession indicators hit. In fact, the S&P 500 energy sector has beaten the broader market 80% of the time in the year after a yield curve inversion for the last 54 years.

But since there are thousands of penny stocks to look through - even in the energy sector alone - we've utilized our Money Morning Stock VQScore™ to help you find the best penny stocks to watch this week.

In fact, all three of our top penny stocks to watch this week have received our highest VQScore of 4.9, which means they have the potential to see explosive growth.

One even has projected gains as high as 386% within the year...

The Best Penny Stocks to Watch This Week, No. 3

One of the best penny stocks to watch this week is Southwestern Energy Corp. (NYSE: SWN).

SWN is a Texas/Delaware-based oil and gas company that extracts and produces natural gas across the North American continent. In fact, this firm has drilling rights in over 918,000 acres in the Appalachian Basin.

This oil and gas company has grown its sales every year for the last decade. And with the growing demand for natural gas worldwide over the last three years, SWN has been able to triple its production.

Plus, SWN's production costs have moderately increased by 6% and 9% each over the last two years. This signals that SWN has solid management and isn't wasting capital.

It also has a pretty impressive valuation of $879.64 million for a penny stock. This penny stock's shares currently trade for $1.62.

But fortunately for investors, it's poised to shoot much higher. In fact, it could jump as high as 208.6% over the next 12 months...

And with a perfect VQScore of 4.9, this penny stock could see even greater breakout growth.

The Best Penny Stocks to Watch This Week, No. 2

The second best penny stock to watch this week is Antero Resources Corp. (NYSE: AR). This is a Colorado-based oil and gas developer and producer that operates in the United States.

Similar to Southwestern Energy Corp., this company's oil and gas reserves are located in the Appalachian Basin. In fact, it has over 486,000 net acres of land in the area.

Plus, the company firmly believes in U.S. fossil fuel's potential as an up-and-coming global exporter of fossil fuels. And there's plenty of reason to believe it.

The U.S. Energy Information Administration says U.S. oil and gas products are forecast to rocket up to 1.5 million barrels a day within the year.

Beyond that, the United States is expected to beat out both Saudi Arabia and Russia with its oil production.

And since Antero is a U.S.-based and -operated oil producer, it's in a prime spot to profit from the increase in global demand.

Plus, it's yet another top penny stock to watch this week that has a perfect VQScore of 4.9. So, we think it could shoot even higher.

But the best penny stock to watch this week has even greater potential. In fact, it could go as high as 386%...

The Best Penny Stocks to Watch This Week, No. 1