The Dow Jones today continues to climb as investors weigh a possible trade deal between the United States and China. Both the Dow and S&P 500 are on the verge of hitting new all-time highs, while the former is riding a seven-day win streak.

More on China below. 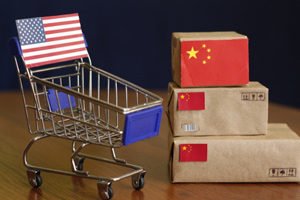