The potential for "digital disruption" of the financial industry is one of the major consequences of the cryptocurrency revolution.

The idea behind Bitcoin, the first practical cryptocurrency, was to make it possible to move value over the Internet between two people without the need for an intermediary like a bank. 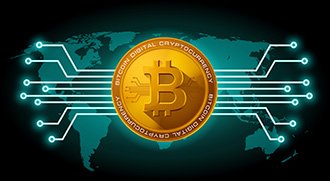 That concept alone - the elimination of the need for banks - is pretty revolutionary. But it's not the only aspect of cryptocurrency that will disrupt the financial system.

The blockchain - the digital ledger that verifies and stores transactions - will change how financial institutions do all kinds of things.

For example, the blockchain can record ownership. That means it can be used to settle stock trades in seconds rather than the three days it takes now. (Yep. You may think your trade executed instantly, but it doesn't clear through the system for three trading days.)

Blockchain technology can also be used to "tokenize" assets - to create digital shares of a single physical asset that can then be sold to investors like shares of stock. In February, Inveniam Capital Partners began tokenizing four buildings, including an office building in Miami.

What's more, cryptocurrencies are revolutionizing how money moves through the financial system....

The Digital Disruption Has Already Begun

Finally, crypto has emerged as a new investable asset class. And it's not just retail investors who are buying.

Rui Carvalho, the Global Head of Product Management for Connectivity and Feeds for Intercontinental Exchange (ICE), said at the Consensus 2019 conference in New York that 20% of institutional investors currently have money in crypto.

According to a study by Global Custodian, a trade magazine that covers the international securities industry, 94% of endowment funds said they had made some form of crypto investment in the previous 12 months. More than half had invested in crypto directly, while 46% used some form of crypto fund.

The digital disruption from cryptocurrency is no longer hypothetical. It's happening now.

To better understand this phenomenon, we're sharing the following infographic with our readers, courtesy of our friends at Fortunly.com: