On August 29, we recommended an options strategy to take advantage of the latest spate of bad news swirling around a fallen American legend: General Electric Co. (NYSE: GE).

If you followed that recommendation, it banked you 199.1% in less than a month. Here's how one of our best options strategies can keep working in your favor. 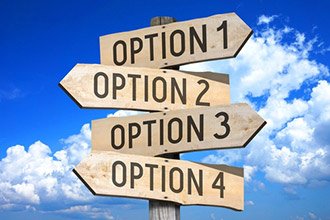 Considering Markopolos was the forensic accountant who called out Bernie Madoff's $64 billion Ponzi scheme, the market took notice. GE stock plunged 15% on August 15, the day the news came out.

You can read more about that here. Judging from insider trading activities, Baldwin saw that management was buying, not fleeing the stock.

Some expected the stock to plummet as it sorted out the news. But it was still unclear whether the market would react positively or negatively.

That's why we proposed an options play called a "straddle." It allows you to play both sides of an event.

Investors made almost 200% on this one profit play.

Options Strategies: How the Straddle Won Out