It looks like California lawmakers missed the mark in some areas with full-on marijuana legalization. But the industry is charging forward anyways. 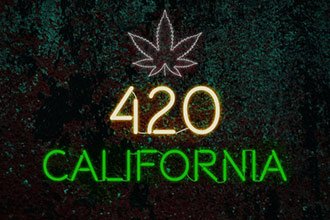 And the new wave of business will be a windfall for one of the best cannabis stocks to buy now.

In 2016, California voted in the full adult legalization of cannabis. Unfortunately, this state hasn't handled its legalization process well.

You may be worried as a cannabis investor, but there is hope. Private entities are now helping sort through the most glaring issues.

This is what Money Morning Director of Cannabis Investing Research Greg Miller calls "California 2.0." It's a second wave of cannabis profits up for grabs.

And if you know the best marijuana stocks to buy before the wave rolls in, it could mean big profits.

Where Mistakes Were Made in California

After California voted in favor of legal marijuana, the state legislature took over to iron out the details. This has been common among states that make this move. It's also where things tend to get mucked up. And California is no exception.

Lawmakers in Sacramento left rules up to the state's 58 counties and 482 cities and towns. These entities were given the power to control marijuana as they saw fit.

The result was a patchwork of regulations. So, an unincorporated city could let a licensed marijuana business within its limits, but the surrounding county's regulations may not allow businesses in the area.

Legal marijuana laws change at the street level. So, a law-abiding citizen that buys marijuana in one place could go into another jurisdiction and find themselves breaking the local law.

This means pot is illegal in two-thirds of the state. And it's terrible for business.

So, there's been a big boost in California's already huge weed black market. Instead of going the legal route, most people would rather continue to buy from a trusted dealer.

And it's not surprising since the state has made it crazy difficult.

Plus, the state has over-the-top taxes on legal cannabis businesses. In some parts of California, excise, local, and state taxes reach 40%.

When you're paying a 40% tax rate, it's no wonder people are turning to dealers.

Likewise, many buyers are jumping state lines to buy legal pot from Nevada.

It's too bad California didn't think things through. And its mistakes are bleeding revenue away from the state, legitimate businesses, and shareholders.

But something is in the works that will change the game. And it could boost the state's marijuana revenue by more than 50%.

One of the biggest social benefits of marijuana legalization is that it's given people a chance to get in on the ground floor, many of whom have been impacted by years of bad policy.

There is strong bipartisan agreement that the "War on Drugs" has been a massive failure.

Weedmaps, an online marijuana dispensary directory, has tried to even the playing field by letting unlicensed sellers advertise on its platform. It did this because strict government rules make it hard for anyone to jump into the legal market.

The firm has recently reversed this policy and said it will remove unlicensed operators from its platform later this year. Some estimates say this could hit as much as half of the business going to black market providers. Plus, it could boost profits going to legitimate companies.

Instead, the firm will support unlicensed businesses to become licensed. In fact, it will offer training for owners. Beyond that, it'll show them how to complete the licensing process.

After going through the process, companies will get free advertising on Weedmaps for up to one year. This is also going to open new opportunities for the best weed stocks to buy.

Now, legal businesses can expect their revenue to soar. This is especially true for firms like Origin House (OTCMKTS: ORHOF).

But one cannabis stock to buy could help boost California's revenue by 50%. And it could even jump by as much as 147.3% in the next 12 months…

One of the Best Cannabis Stocks to Buy Now