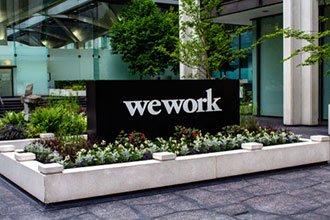 And it's no surprise. Many of them forecast that it would turn into the second largest IPO of 2019 - behind Uber Technologies Inc. (NYSE: UBER), of course.

But what makes us so skeptical of the company, anyway? We'll tell you everything you need to know below - and why WeWork stock doesn't deserve a spot in your portfolio.

Plus, we have an even better buy in the real estate sector. In fact, with our Money Morning VQScore™ system, we've found a REIT with breakout potential. And it even has our highest score...

But those aren't even the biggest red flags for the company...

Don't Buy WeWork Stock After the IPO - Buy This REIT Instead